I hope you will permit me a moment of remembrance for a dear friend to me and to Idiot’s Kitchen. My friend Cody Stanford passed away unexpectedly last week and I feel that it would be remiss of me not to mention him here as he was a huge influence and cheerleader for my starting Idiot’s Kitchen from day one. 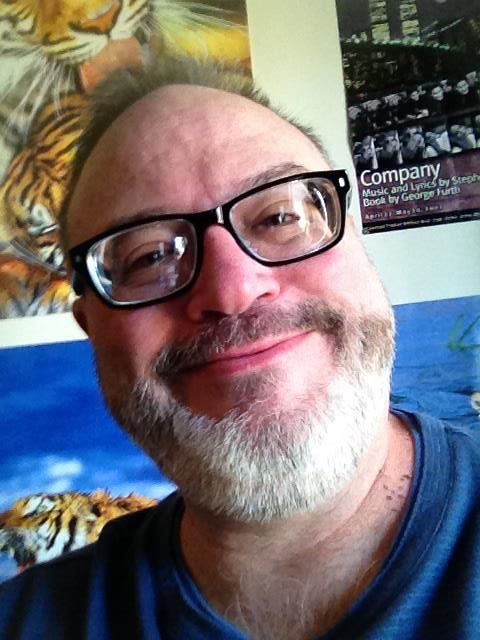 Cody and I met over 30 years ago (ahem) when we were the classical music nerd employees at Pennylane Records in Kansas City. That little record store came with a cast of characters that still fuels plenty of good stories today. This was back in the day when you played actual records in record stores so when we were tasked with closing, we would crank up the tunes…not Bach and Beethoven but Dexter Gordon, Mark Knopfler, Warren Zevon, or Joe Jackson. After we both moved on from the store, somehow we managed to stay in touch and a true friendship developed from our love of music to our love of cooking and more. Every Christmas Eve for more than 25 years we would meet at Andre’s Restaurant just south of the Plaza, have lunch (always with Scott as our friendly server) and exchange gifts. More often than not, we would exchange the same cookbook for Christmas. I know that was the case with Marcella Hazan’s Essentials of Classic Italian Cooking and shortly after the holiday, Cody invited me over to have Pork Chops with Tomatoes and Sage and an amazing beef flavored risotto. It’s no accident that Pork Chops with Tomatoes and Sage was the first recipe featured here at Idiot’s Kitchen.

For the 8 years that Idiot’s Kitchen has been up and running, Cody has called, texted, or emailed me with recipes to feature on the site. “You HAVE to make this!” he would write. “This is PERFECT for Idiot’s Kitchen!” He loved cooking, adored Julia Child, and took copious notes in his cookbooks for each iteration of a recipe. Off the top of my head, I know that some of my favorite recipes like Maple Glazed Pork Chops, Chicken Provencal, Chicken Diabolo, Pork Chops with Sherry Vinegar, the most awesome baked Corned Beef with Mustard, those famous Pork Chops with Tomatoes & Sage, Shrimp Linguini, and more came as “suggestions” from Cody. In fact, I have a whole file on my email of recipes I haven’t had a chance to make yet but are Cody Approved. 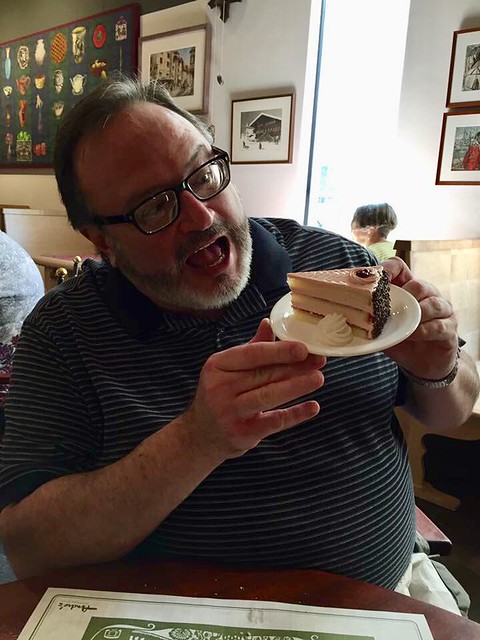 Cody was a gifted writer and had published several novels with a specialty for Young Adult Fiction. He loved art and adored going to the Nelson Gallery in Kansas City…usually followed by a trip to Andre’s where he would send me cell phone photos of his desserts. (Give me all the rum balls…gluten be damned!) He adored opera, owned a conductor’s baton (something for which I had to forgive him) and would wear headphones, blast Renee Fleming at her best, and conduct along. He loved good movies (not just ones with Robert Redford although Three Days of the Condor was a favorite we shared) and enjoyed everything from animated movies to foreign films. Fanny & Alexander was his favorite. Unless his favorite was something by Woody Allen. Or unless his favorite was the animated Rescuers Down Under.

He loved tigers and used to be a volunteer at Cedar Cove Feline (and Wolf) Sanctuary in Louisburg, just outside of Kansas City. When I would visit, he would give me the insider’s tour so I could commune with the big cats and especially whistle with my buddy Tom the panther.

At least once a week he would post a photo of Robert Redford, Paul Newman, Sean Connery, Hugh Jackman, et al to my facebook page with a “Good morning, Claudia!” or “Cheers, Claudia” message. And usually then also include a recipe. In my stress over being largely absent from the website this year, every time I thought about pulling the plug, Cody would encourage me, and urge me to keep going. “Just write about what you do every day,” he would say. There’s a lesson there that I will be taking forward.

So, tonight I raise a glass of the good bourbon to my dear friend Cody.

If you’ve ever seen the show Inside the Actor’s Studio with James Lipton, he ended every episode with a series of 10 questions that I loved. Things like, what is your favorite word? What sound, noise do you love? And more. The last question was always, “If heaven exists, what would you like to hear God say when you arrive at the pearly gates?”

Cody, if heaven exists, I would like to hear God say, “Hello Cody. The kitchen is over there. Julia and Marcella are waiting and there’s plenty of butter. When you’re done cooking, Anthony Bourdain will meet you for a beer. Have fun.”

Cheers to you, my friend. 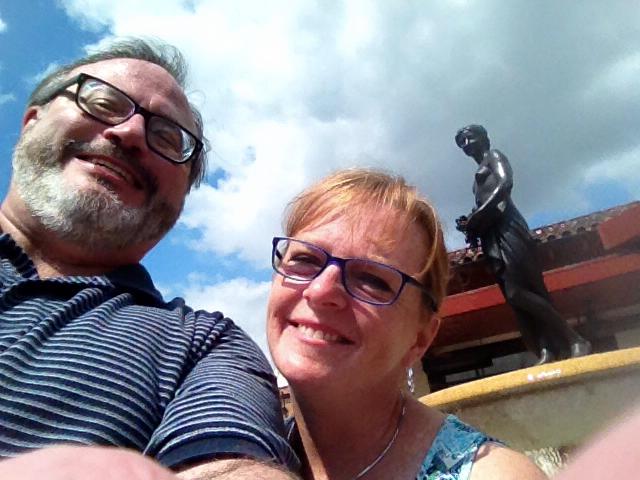 xo – with love and deepest sympathy to his family – especially his sister, Melinda.