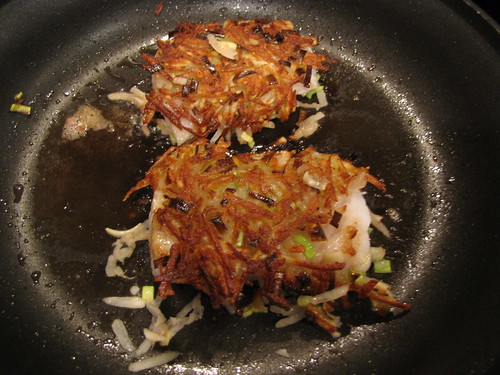 I know those look like hash browns…and that’s really the beauty of this recipe. Hash browns meet fish and great things happen!

I hear from people all the time that they don’t know how to cook fish, don’t feel comfortable cooking fish, feel scared to cook fish, etc. Let me assure you right now, this is the recipe for you.

Not only is it extremely tasty, it’s also really easy to prepare. And for those who fear over cooking fish, the potato crust protects the fish so it stays light and flaky. 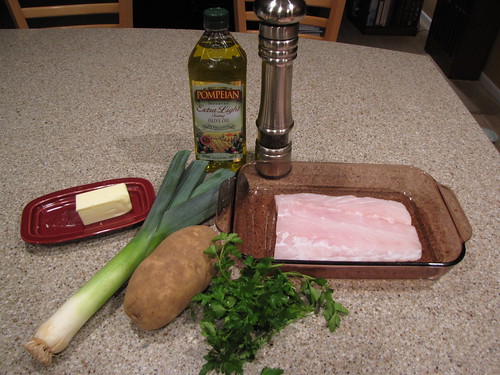 Cut your fish into portions and pat it dry on both sides with a paper towel. I plan on 6-8 ounces of fish per person.

For this recipe, you want a nice flaky mild fish like Corvina (shown here), halibut, or cod. Avoid really thin fish fillets like sole and tilapia as they will be too difficult to flip. Look for fish that is about 1½-2 inches thick. 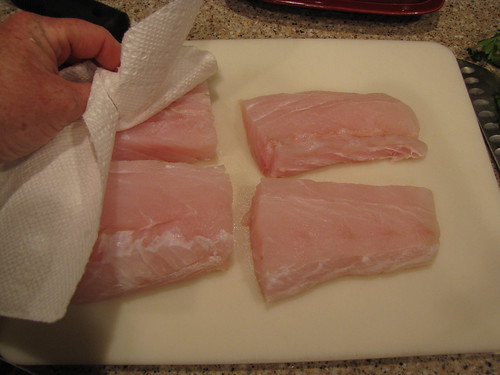 Note:  if your pieces of fish are large, consider cutting each portion in half (as shown here) to make them easier to turn in the pan without disturbing the potato crust. Larger pieces are doable, but more likely to fall apart when you turn them.

Peel 1 large potato and shred it on the large holes of a grater. I’m using a russet or baking potato. I’ve also used red and yukon gold potatoes and they work just as well. 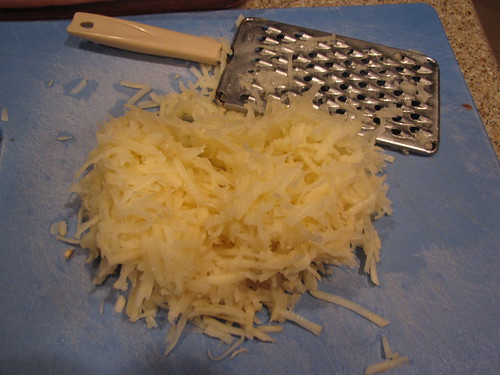 Use your hands or a fine mesh strainer to wring as much liquid as possible out of the shredded potato then place it in a bowl.

Finely chop the white and light green parts of half a leek – about 1/2 cup. Be sure to give that leek a good rinse to get rid of any dirt or sand between the layers. 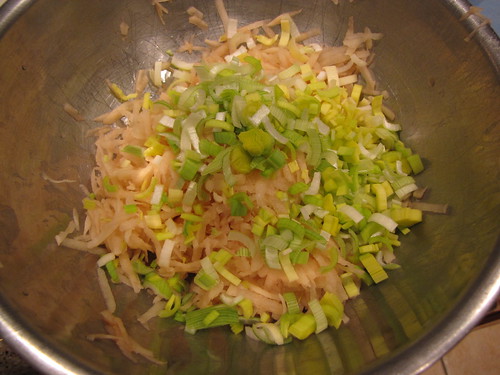 I’ve also made this substituting 1 medium shallot or ¼ cup finely chopped onion for the leek. The shallot version was really good.

Use your hands to toss the potatoes and leek together. 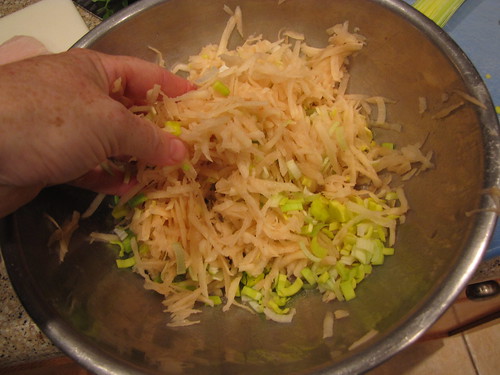 Shred the potatoes at the last minute so they don’t turn brown.

When the butter becomes foamy place about 1/3 cup of the shredded potatoes in a small mound for each piece of fish. Place a fish fillet on top of the potatoes and give it a light press to flatten the potatoes into a bottom crust.

Top each piece of fish with some shredded potatoes dividing the remaining potatoes equally to make the top crust.

Don’t worry if the fish isn’t totally covered. A little goes a long way for the potatoes. 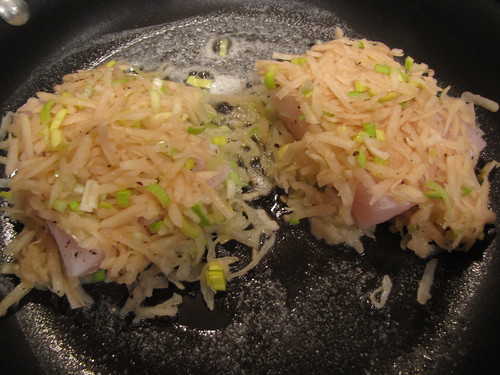 Cook the Potato Crusted Fish for about 5-7 minutes (depending on the thickness of your fish) then carefully turn with a spatula. Cook about 5-7 minutes more on the second side until both sides are a lovely golden brown and the fish is firm and cooked through.

This recipe makes enough for 2 hearty portions but can very easily be doubled or adjusted for any number of servings. 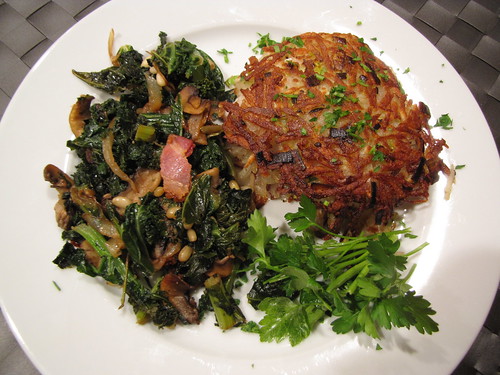 Garnish with a little chopped parsley and serve with some good veggies. (That bacon kale mushroom dish was the bomb…recipe coming soon.)

This is such a great little recipe. I would never have thought to but a potato crust on fish, but it has quickly become one of our favorites. Once you get comfortable with working with the shredded potatoes, you can get Potato Crusted Fish on the table in about 20 minutes tops.