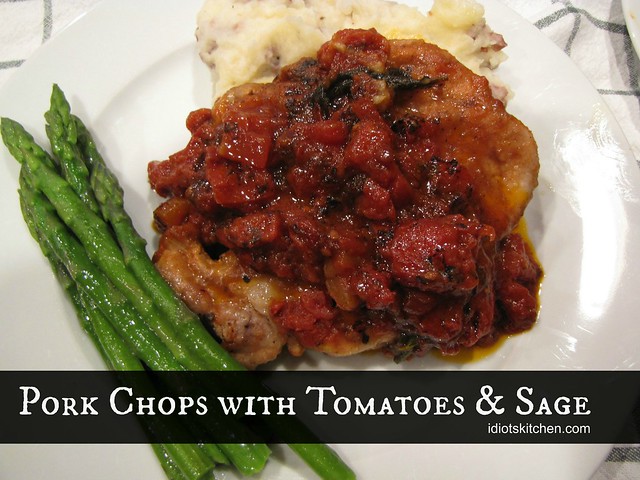 Five years ago today I started Idiot’s Kitchen with this recipe.

It’s easily the recipe that I’ve given out the most:

Easy enough to explain it to the person sitting next to you on an airplane.

Easy enough to explain it to your friends during the break of an orchestra rehearsal.

Easy enough to explain to the person standing in front of the pork chops in your grocery store.

Yes, all those things have happened. I’m like a Pork Chops with Tomatoes & Sage evangelist.

Five years later, Pork Chops with Tomatoes & Sage is still one of my favorites so I thought we’d revisit it on this 5th anniversary.

If you do “Throw Back Thursdays” here you go…way back to August 13, 2010 – only now without my arm in the middle of every photo. 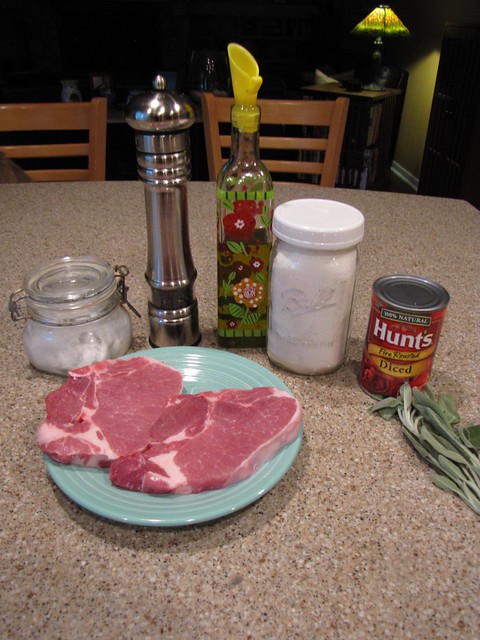 Gosh, remember back in 2010 when I could still eat wheat? Sigh…Happily this works just fine with Gluten Free flour.

Pick nice thick, bone in, center cut pork chops at least 1½ inches thick. Season them with salt & pepper and dredge them lightly with flour (not pictured).

Heat 2-3 Tablespoons of olive oil in a large skillet and brown the chops on both sides. 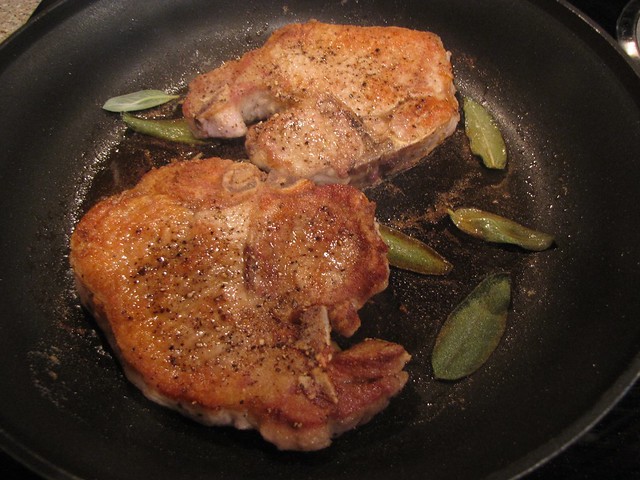 When you flip the chops to the second side, toss in several leaves of fresh sage.

You have the option to leave the sage leaves whole or to chop them up. I’ve made it both ways.

You can also make this with rubbed dry sage if fresh isn’t available but please avoid sage powder as it is too strong.

When the chops have browned nicely, dump in a 14 oz. can of diced tomatoes. 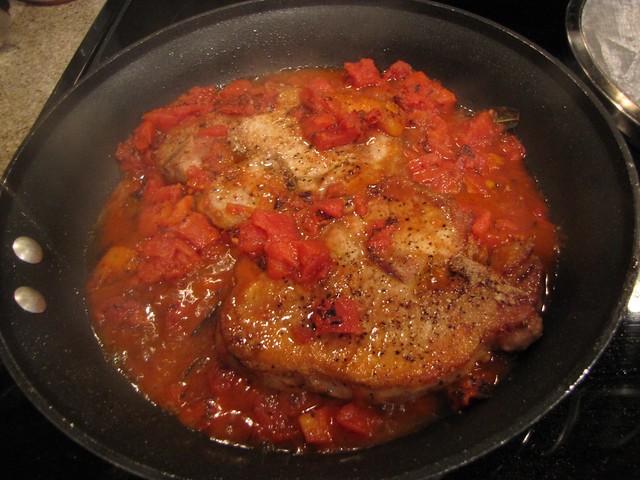 I always use fire roasted tomatoes for this recipe for a little extra flavor and color.

Bring the sauce to a boil, reduce the heat to low, and simmer with the lid ajar for 1 hour.

Check on your chops from time to time to be sure the sauce isn’t drying out. Flip them over so both sides get a tomato-sage bath.

If you’re fond of the flavor of sage like I am, add a little extra chopped sage to the pan at the end for a flavor boost. 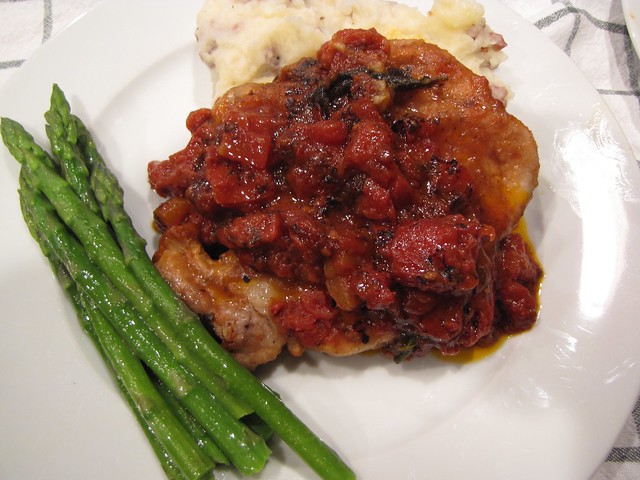 After an hour, these chops are almost fork tender. Serve them with a generous portion of the tomatoes & sage on top.

Originally I served these with couscous. Now I serve them with either garlic mashed potatoes (shown here) or risotto if I feel like stirring.

Five years, 440 recipes, and a few cats later, I’d like to thank YOU for sharing a love of cooking and food with me.

I appreciate the community we’ve created here, your comments, recipe suggestions, recommendations, and especially your friendship.

And speaking of nostalgic, THIS has been in my head the whole time I’ve been writing this post.