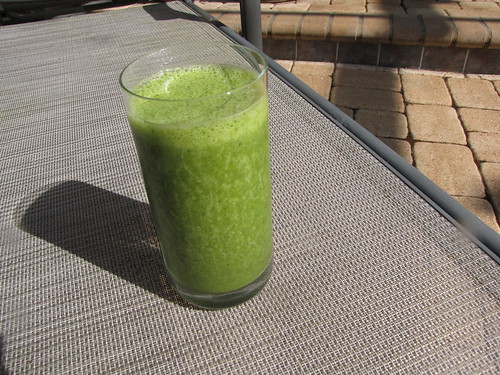 Kalicious Smoothies at home! Super Green Goodness in a Glass.

You might be a bit surprised by this…the self proclaimed queen of chocolate and bourbon, drinking a big old glass of green stuff.

It’s true! I became somewhat addicted to the Kalicious Smoothie at Whole Foods this year. I’d pop over there between opera rehearsals and get a big glass of bright green goodness. But you don’t have to get very far into the week to realize that, YIKES, smoothies made at fancy stores are expensive!

So, for about what I spent on one smoothie, I can get the entire set of ingredients to make lots of smoothies at home. 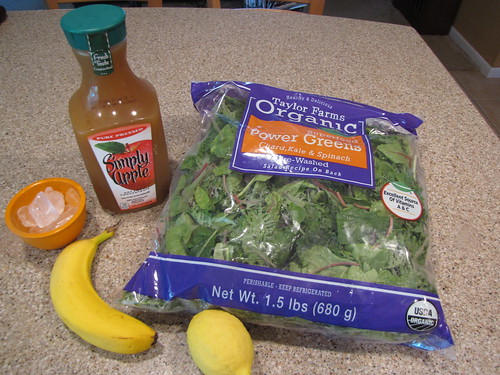 Each smoothie takes ½ of a lemon. Remove the peel with a sharp knife or peel it as you would an orange.

The lemon helps keep the smoothie a bright green color in addition to adding flavor. 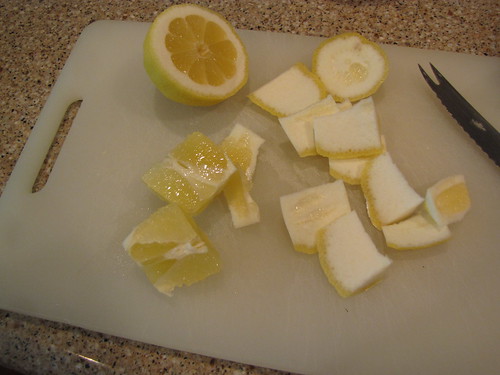 For 1 big smoothie, you need 1 cup of kale and 1 cup of spinach. I bought a bag of mixed kale and spinach (and apparently also swiss chard because I wasn’t paying attention).

So if you have a mixed bag, just measure out 2 cups. Otherwise, remove the hard stems from a few kale leaves and chop up 1 cup’s worth. Add 1 cup of spinach and toss it in the blender. 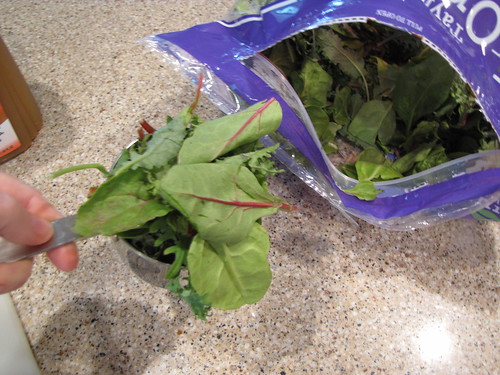 Add 1 banana, 1 cup of good apple juice (get one that’s not from concentrate for the best nutrients and flavor), and about 3/4 cup of ice cubes.

Hint – the riper your banana, the better your smoothie will taste. 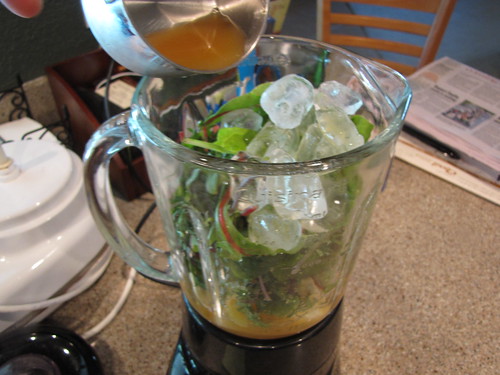 Put it all in the blender and give it a whirl! 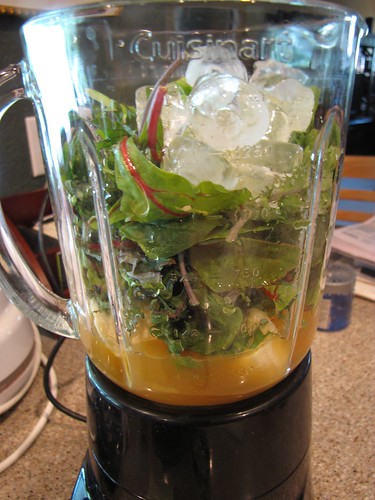 Blend it until it is very smooth and vibrant green. Verdant! (One of my favorite words.)

Pour it into a tall glass and enjoy it in the sunshine for extra Vitamin D! 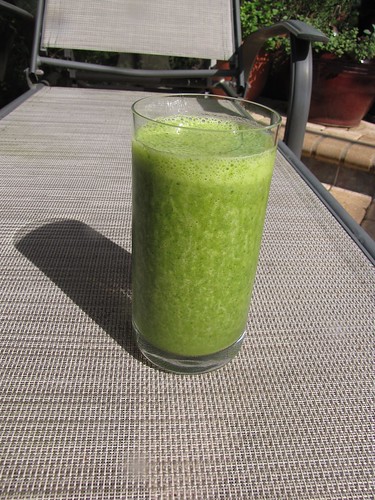 This has become my new morning favorite. Today I added a dollop of plain yogurt just to make the smoothie a little more creamy. You can certainly add other fruits and veggies too and even protein powder if that’s your thing, but this is as close to the ingredients of the Whole Food Kalicious Smoothie as I could find.

If you’ve never tried a green smoothie, you can always ease your way into it by adding a handful of spinach to almost any other fruit smoothie. However, I say just jump on in. They’re good! Because of the banana and lemon, Kalicious Smoothies don’t taste like salad in a glass. Because of the kale and spinach, they’re not overly sweet like some all fruit smoothies can be.

Go boldly into the realm of the green smoothie!

It’s a super green way to start the day.